Who is Roger Guenveur Smith?

Roger Guenveur Smith is an internationally acclaimed actor, writer, and director who has created a prolific body of work on stage and screen.

He adapted his Obie Award-winning solo performance of A Huey P. Newton Story into a Peabody Award-winning telefilm, directed by his longtime colleague Spike Lee, with whom he continues to collaborate in a relationship which is unparalleled in the American cinema. 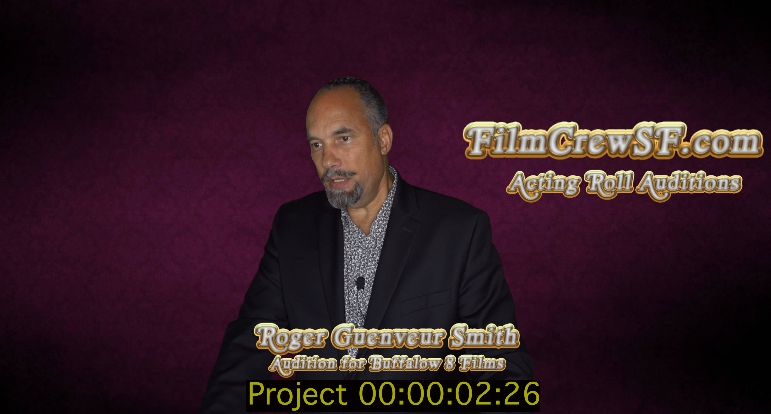 For Lee’s Oscar-nominated Do The Right Thing, Smith improvised the stuttering hero, Smiley, after his debut as fraternity pledge Yoda in Lee’s first studio film, school daze. The eclectic range of characters expanded with a Russian roulette-playing gangster in Malcolm X, a guitar-playing cop in Get On The Bus , the street philosopher Big Time Willie in He Got Game, a hardnose detective in Summer Of Sam, and an opportunistic insurance salesman in Chi-Raq.

Also among Smith’s recent credits are The Birth Of A Nation, and Bitch, which have achieved distinction in three consecutive Sundance Festivals, and the acclaimed indies Mooz-Lum, and Better Mus’ Come, in which he plays the Prime Minister of Jamaica.

Smith’s astonishing range is further demonstrated in the cult classics Deep Cover and King Of New York, Eve’s Bayou, Hamlet, All About The Benjamins, and American Gangster, for which he was nominated for the Screen Actors’ Guild Award. On HBO, Smith has starred in Steven Soderbergh’s K Street, Oz, and Unchained Memories: Readings From The Slave Narrative.

Before entering the Yale School of Drama ( into a class which included Angela Bassett, Charles S. Dutton, and John Turturro) Smith studied history, earning an undergraduate degree in American Studies at Occidental College.

He has continued to combine his interests through an ever-evolving stage repertoire which includes Frederick Douglass Now, Christopher Columbus 1992, The Watts Towers Project, In Honor Of Jean-Michel Basquiat, Two Fires, Patriot Act, Juan and John, The End Of Black History Month, Who Killed Bob Marley?, Iceland, and, with Mark Broyard, Inside The Creole Mafia, a “not too dark comedy.”

Smith’s work is frequently developed through intense archival immersion and improvisation, a process which informs his performing history workshop, which he currently directs at Cal Arts.

Katori Hall’s The Mountaintop, Steven Berkoff’s Agamemnon, and the Bessie and Ovation Award-winning Radio Mambo, are also among his directorial credits.

Smith was born in Berkeley, and raised in Los Angeles, where he resides with his wife, the writer LeTania Kirkland, and their three children. He has an adult daughter from a former marriage.

What movies has Roger starred in?